Wharton Lang was born in Oberammergau, Bavaria, into a family background of wood carving and painting, and came to Britain in the mid-thirties at an early age. Since then he has lived in Cornwall and has become well acquainted with its Atlantic coast and its wildlife.

He was taught the art of wood carving and sculpture by his father, Faust Lang.

The family moved to St.Ives in 1949 and became a part of its art community.

Examples of his sculpture are in permanent exhibition at several museums as well as religious work in churches and convents.

A carving in relief of the "Castle of Mey" was presented to Queen Elizabeth the Queen Mother in May, 1967.

Many other examples are in private collections at home and abroad. 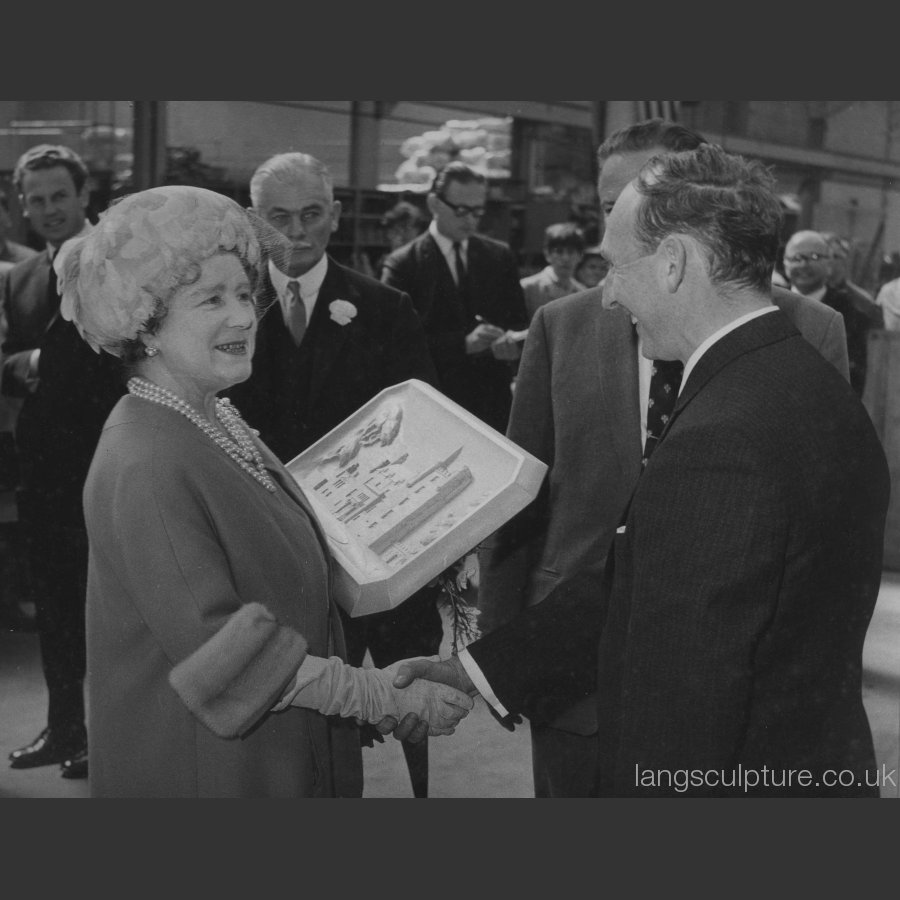